“Breaking Boundaries” is an expression that is usually meant to show freedom—crashing through a fence that prohibits expression. But there’s another side to boundaries.

The first boundary I recall is a low brick wall that marked the edge of the front garden of my first home in Newcastle-Upon-Tyne, England. At age four, I played close to the wall, and this was how I visited other children in the neighborhood: playing on the sides of the garden walls.

Once, my younger sister breached the wall to toddle after a fire engine. She was safely retrieved, yet my mother’s panicked reaction to my sister’s boundary violation is the second part of the memory. 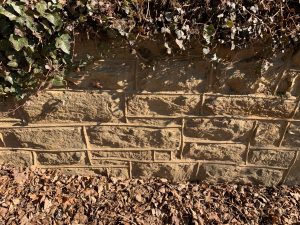 This week, a huge fence is going up in Washington D.C., supposed protection for those participating in President-Elect Joe Biden’s inauguration. This physical barrier can deter some behaviors, but it cannot do anything to erase the danger we face.

I started feeling this way last winter, when doctors around the world pleaded for people to wear face masks. Across the country, mask adherence is spotty, and a number of people say that not wearing a mask is a defense of their personal freedom. Last week, when seditionists stormed the US Capitol, members of Congress escaped and huddled together for hours in a small, undisclosed location. Six Republican House members refused to wear masks. Three members who wore masks caught COVID-19, quite possibly from one of these people. Because the boundary wasn’t observed by everyone, it didn’t work.

“Holding boundaries” is an expression used in counseling practice and self-help books and sometimes causes an eye roll. For me, it means following my gut, rather than giving in to pressure. Holding a boundary might mean saying “Sorry, I can’t come to that party,” or “I don’t want to get involved in that argument,” or as simple “no.” 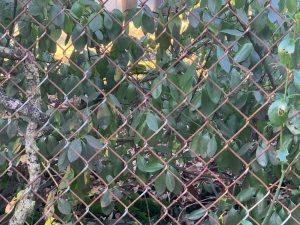 The U.S. Constitution is packed with laws, and garnished with amendments, that are meant to protect the country from corrupt government and ensure its stability and articulate the rights of citizens. However, none of it works if people don’t pay attention to it. Vice President Michael Pence knows that President Trump did all but throw him to a mob, yet he won’t exercise the Constitution’s 25th amendment, which could remove a president unfit for duty. And what of the 147 Republican lawmakers who won’t accept the certified results of the 2020 election of Joe Biden and Kamala Harris? Who won’t accept… the law?

The challenge with boundaries is that you can’t yoke people into them. We hold them because of the people we are.

About nineteen years ago, I bought a painting called “I-Screen” by an Indian woman painter, Dhruvi Acharya, who had a one-woman show in Baltimore. I remember settling down on a bench and staring at the vast amount of huge paintings, looking for the one that spoke to me most.

It was a big red painting, 50 inches square, that called to me. In “I-Screen,” a mature woman with a peaceful expression appears to be defending herself against a stream of angry words coming from a younger woman. The screen in her hand is a simple vegetable grater.

As years passed and life tested me, I began to understand the story within the picture. The loving elder lets the words come at her, but she protects herself. She reminds me to stay true to myself.

2 thoughts on “A Meditation on Boundaries”