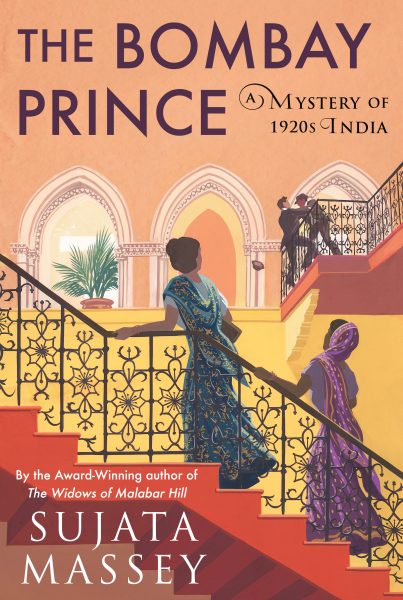 "Perveen is a keenly intelligent sleuth, a trail-blazing woman balancing the weight of family tradition with her own dreams... a deliciously satisfying read!”
—Kate Quinn, New York Times bestselling author of The Rose Code

"The heat, chaos, confusion and richness of India has given rise to a new arena of crime writing, and Sujata Massey emerges as one of the very best… Perveen Mistry is exceptional."
—Canberra Times (Australia) 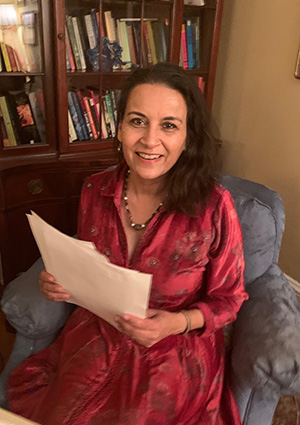 Bombay, 1921. The city is astir with expectation as Edward VIII, the Prince of Wales, sets off his first visit to India at Gateway to India, an architectural landing that Rustom Mistry’s construction firm helped build. Yet Perveen Mistry worries that the government’s attempt to put a happy face on colonial rule will not win favor with Bombay’s freedom-minded people. During the prince’s procession, two idealistic college students meet different fates…one of them dead, the other facing a lifetime in prison. Are these deaths connected to the fierce riots that accompanied the prince’s arrival?  And can Bombay’s first woman lawyer find justice in a world where she herself has been targeted by the mob?

I was compelled to write this novel because I found a trove of research material on the Prince of Wales’s 1921-22 visit to India. These ranged from silent films to daily government records and photographs of the tour and  newspaper articles that chronicled the darker side of India’s reaction to the imperial visitor. I also wanted to write a third novel including some favorite characters from earlier books, particularly  Perveen’s family members, Alice Hobson-Jones, and Colin Sandringham. For Colin, tension is strong between his professional loyalty to the Indian Civil Service and his feelings for Perveen. Alice is thrilled with her new role as a teacher at a missionary college, but devastated by the troubles her students fall into—and her dawning understanding that many at the college judge her by her skin color and social status, rather than her character. And how can legal gadfly Jamshedji Mistry keep the firm safe from prying officials and manage the huge onslaught of cases stemming from the riots?

As I worked on editing The Bombay Prince in the last six months, I realized this piece of historical fiction felt very of-the-moment. Countries worldwide are being dominative by divisive politics that seed mistrust of each other. And fortunately, there are heroes like Perveen Mistry. It’s my honor to be her chronicler, and to have a new book for you.

“Exceptional… Massey has never been better at pairing her redoubtable and impressive lead with a challenging murder to unravel.”
Publishers Weekly (starred review)

“A rich story of female empowerment during a pivotal era… Massey’s graceful prose and mastery of period detail successfully suggest the fiction of the period.”
Kirkus

“With The Bombay Prince, Massey crafts yet another page-turning work of fiction rich in characterisation, and presents a well-researched world of the British era.”
The Hindu Business Line