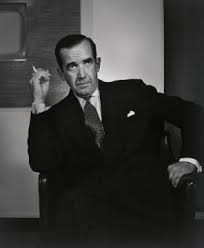 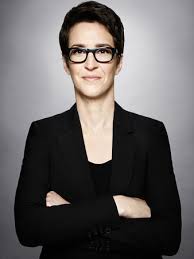 Even though my fiction is set in the past, what makes it tick for me is whether the issues are relevant. Sadly, gender discrimination, political unrest, religious violence and oppressive government are not a problem anyone’s solved yet.

These days, I have been watching The Rachel Maddow Show quite a bit. I feel it gives me a suspenseful, truthful analysis of the day’s political news. In my opinion, Rachel Maddow has become the bravest voice in television. The veteran MSNBC journalist doesn’t hesitate to call out corruption or talk about the deaths in the immigrant detainment camps established by the Trump administration. Rachel Maddow reports all of this without bombast or name calling, although she is not afraid to show her indignation and grief, and at times, uses black humor . Watching her, I often have the bizarre feeling she has focused her attention so it really feels she’s speaking directly through the screen. It is a rare gift and makes my connection with her different than when I watch other news programs. 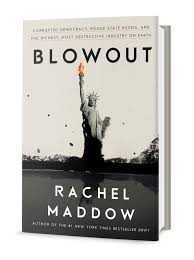 This Stanford public policy graduate and Oxford PH.D. in politics is also a powerful writer. Her current nonfiction book, Blowout, was written over the course of four years and paints a chilling long-term picture of the fight to control oil with an emphasis on Russia’s role as a rogue state. The book is carefully researched and was written over the last four years, so It is an astonishing coincidence that its publication around occurred shortly after a whistleblower reported on Trump’s phone call with the President of Ukraine requesting that he investigate former Vice President Joe Biden, who Trump fears could beat him in the 2020 election.

The Rachel Maddow Show (TRMS) has become the most popular news program in the country, although CNN’s News and Fox’s Sean Hannity news talk show are also close behind. During early October, as the impeachment inquiry began, TRMS viewership rose from 2.2 million average to 3.3 million per night.

No matter what side of the political spectrum one favors, it is generally agreed that Americans (and people around the world) have had had a very hard time since the 2016 election. The family divides that began at the Thanksgiving tables that year have morphed into people simply not eating together or speaking anymore. One of the things I really appreciate about Maddow is that she doesn’t mock or demonize Trump supporters. And she presents the news with a mini-recap of things came to be, which makes it accessible to someone who might not have absorbed honest information about the government until that moment.

Maddow’s success as a truth-teller reminds me of the another important radio and TV personality: Edward R. Murrow. Their surnames are eerily similar, for a start. Both journalists  are both tall, dark and good-looking and partial to tailored dark suits. They are known for their furrowed brows. Loads of people became fixated on them, making them the most-watched newscasters of certain intense political eras. 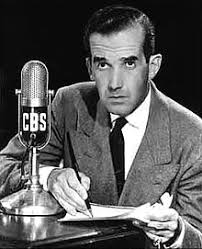 These are big claims, but if you also were were not alive when Murrow was a star, I’ll share a little about what I’ve learned. This longtime CBS news host became famous in the 1930s, when he was in charge of CBS’s European Bureau and reported on Hitler’s annexation of Austria. Murrow stayed vigilant in Europe, bringing America reports of Hitler’s danger at a time that most lawmakers were urging non-involvement in Europe’s troubles. Murrow warned he could not be ignored, and his reports were instrumental in changing America’s emotional opinion of the faraway crisis.

Edward Murrow stayed in Europe through the war, never entering a bomb shelter once to protect himself, and doing such things as flying on bombing raids and interviewing everyday people rather than the elite. He hired a small group of intrepid reporters nicknamed “Murrow’s Boys” who went all over Europe to bring the human cost of Hitler’s aggression home to America.

Murrow had a television show on CBS called See It Now during a time that the country faced a similarly dark time. Wisconsin Senator Joe McCarthy hated Communists, and with the race to build deadly nuclear weapons in the 1950s, people lost sleep fearing attack from the USSR. McCarthy took advantage of this paranoia by speaking constantly of a Communist menace. He conducted hearings designed to expose secret Communists, charging many people who had no relation whatsoever with the political party.

Murrow was friends with CBS head Bill Paley, who admired the newsman so much he allowed him to report on any topic he wished. Murrow wanted to address Sen. McCarthy from the beginning of his reign of terror, but he knew if he jumped the gun, he would not have enough material to make the show succeed, nor would the public be receptive to it. If McCarthy successfully fought him, Murrow might even find himself and his colleagues at the network blacklisted. In the end, Morrow went to Michigan and interviewed a young air force officer fired because his father and sister had been accused of reading a book considered suspicious. Many viewers were horrified by what happened to this family and wrote to CBS in support of Murrow’s reporting. A second See It Now program used clips of the senator’s own speeches and testimony to paint a picture of his real motivations. The national outrage stirred up against McCarthy by that program may have been an important factor in leading the senate to formally censure him,  which brought the destructive hearings to an end. Yet because of the controversial show, a major advertiser left CBS, and See It Now was shifted to another time slot to avoid further damage to corporate coffers.

When Murrow signed off at night, he always said, “Good night, and good luck.”

Rachel Maddow doesn’t have a stock phrase like that. Instead, she greets Chris Hayes, the host of MSNBC’s following news program. MSNBC’s wish must be that readers will not recognize a clear ending to her show and will continue watching the network for many more hours.

But at ten o’clock, I am usually off to bed, sometimes extremely charged up, and other times a bit more reassured as I dream of, when this is over.