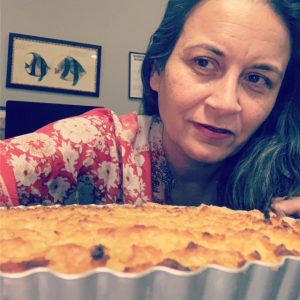 Someone who’s part of my inner circle is working on a novel. He made a richly detailed first draft and is engaged in getting feedback from a few trusted friends. Two early readers of his book commented the story had too many references to food. One even suggested that he reduce the number of group dinners in the story down to two grand banquets.

I feel for any writer having to make choices about cutting out an aspect of storytelling that they enjoyed creating. And it’s not wise to cater to everyone’s opinion.

My Dear One was asking me for advice about this. And I told him that I think food in books is important. However, the cost of not handling food correctly can be reader boredom.

Every sentence that goes into a book should advance it. And therefore, when characters sit for meals in books, they can’t just eat.

If that sounds confusing, let me start in a backwards fashion Here’s what meals in books should not be:

Time fillers, thrown in because you are passing through the chronology of a character’s day.  Such as… after finishing the interview at the police station, Joe and Jane went to a restaurant across the street and had fish and chips, two cokes, brownies for dessert. It was a tasty meal that was easy on the wallet. Then Jane checked her watch and suggested to Joe they go to the park to see if they could find what the police might have had missed.

A menu of your favorite things, just because they came to mind while writing. For instance:  Angelina opened the menu and ordered French Onion Soup, followed by lo mein with chicken and shiitake mushrooms, and chocolate mousse, with a Bud Light on the side.

A way to simplistically broadcast to the reader that certain foods are eaten in certain countries. Ciao, I’m in Italy, so it’s pizza time! Or Namaste, because I’m in Delhi, I’m going to get some spicy curry!

In my Dear One’s case, he hadn’t committed these well-known faux pas. He merely wanted to share food as a means of explaining culture: the same way he offers delicious, varied international meals to family and friends. He was inviting his readers to a feast in every country the characters visited.

I shared my belief that food is one of the most tantalizing means to advancing a plot—in so many ways.

Whether in homes or restaurants, aboard boats or inside tents, meals are opportunities for action and plot advancement. Meals provide meeting point for lovers, enemies, old friend and embittered relatives. Even in the case of a person dining alone, there’s a possibility for sunlight to spark off a crystal goblet and reveal an overlooked clue in a baffling mystery.

Conversations between characters over a meal also are gold. And not just words, but the ways in which people eat, and also do things like swallow hard, throw down their napkins, or play with their forks. Someone’s zest for a meal, or lack of appetite, is telling.

Also, the kind of food that’s served reveals a lot about the meal’s host, and about the diner. In The Widows of Malabar Hill, my heroine Perveen Mistry visits a British home in colonial Bombay and is offered an uncharacteristically modest afternoon tea of fruit and sandwiches. This points out the fact that the hostess, Lady Gwendolyn Hobson-Jones, is more devoted to weight watching and appearances than pleasing appetites—and also, by her menu choices, doesn’t embrace Indian food and culture. Later in the story, Gwendolyn’s daughter Alice comes to the Mistry home and is offered a typical Parsi lunch that includes a rich fish curry, eggs, meat, many vegetables, breads, rice, and sweets. Alice begs to know what every food is called and wants to make sure the usual amount of chilies weren’t spared. Alice’s enthusiastic dining endears her to Perveen’s mother and also lets the reader know that while she might appear to be an outsider, she’s a progressive woman who wants to bend herself to becoming part of India, rather than dominate it.

I not not only love eating food—I like reading recipes, cooking, and dreaming. And what I prepare, while I’m working on a book, often reflects what I’m trying to learn about. Eating poached eggs cooked atop sautéed spinach and tomatoes with green chili and ginger puts the taste of Parsi India into me. And I don’t follow any particular dietary track. I’ll pan fry crumpets one day and bottle up a fresh turmeric, salt and lime pickle the next.

My unorthodox cooking habits reveal that cooking is as much a form of creative exploration for me as writing is. However, when I sit down to eat something, I don’t think about food as adventure or character or story. I’m there for the taste. 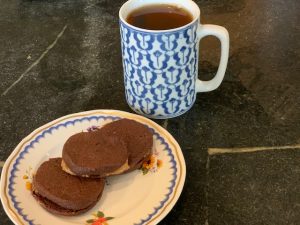 1 thought on “The Price of a Meal”