My good friend Naomi Hirahara, who writes the Edgar-winning Mas Arai series, asked me a few questions about the Next Big Thing in my life. So here goes.

What is the Working Title of Your Book? The Sleeping Dictionary. In the 18th century, Asian women who were romantically involved with officers in the British and Dutch East India Companies were sometimes called Sleeping Dictionaries because of the importance of the languages and culture they taught. Even though the book is set much later on in India, it deals with colonial relationships and also the power of books and language.

Where did the idea come from? I was originally inspired by the ornate 19th century office buildings and bungalows in the Bengali city of Kolkata, formerly known as Calcutta, the foundation and most important city in British India. As I child, I was swept away by the grandeur of old British colonial architecture. As I continued to visit Calcutta into adulthood, these lovely buildings began crumbling or were torn down for the sake of progress. Writing a novel set in the zones of Chowringhee, Ballygunge and College Street at the end of the British colonial period gives a glimpse of a lifestyle and people in danger of being forgotten.

What genre best defines this book? Definitely historic fiction, with a touch of mystery and espionage thrown in. I adore espionage and was gratified to learn about a covert intelligence unit operating with in the Indian Civil Service in Calcutta. So I could have my cake and know it was historically accurate.

Which Actors would play roles? I have a Bengali heroine called Kamala who ages from ten to almost thirty through the course of the story, so I would need two or three actresses for her role. There are a lot of talented, beautiful Indian women actresses, so many I couldn’t hazard a guess. Rubina Ali 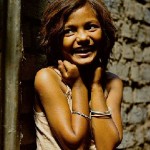 from Slumdog Millionaire could play her in the young teens. I have always imagined John Abraham (wearing glasses)

as Pankaj, a love interest of Kamala’s. For Simon Lewes, the English ICS officer, a young Ralph Fiennes type is what I’m after–uptight but cute and veddy English! Give me your suggestion for a good English actor in the comments section below.

What is a one-sentence synopsis of the book? In 1920s Bengal, A young Indian girl orphaned in a cyclone struggles to stay alive, gaining languages, skills and grace leading to her spying against the British for the freedom fighting movement.

Will it be self-published or represented by a traditional agent? My agent Vicky Bijur sold it to editor Kathy Sagan at Simon & Schuster’s Gallery line. The book will be a trade paperback published in 2013.

Who or what inspired writing the book? If you’ve read any of my Rei mysteries, you may have noticed a recurring theme of people attempting cross-cultural liaisons. The impact of militaries and colonial powers on Asian societies is another issue that I care about. For this novel, I wanted to paint a multi-faceted picture of colonialism and the diverging freedom movement–the non-violent Gandhians and also the militaristic Subhas Chandra Bose freedom-fighting group that was very inclusive of women patriots.

What else about the book might pique readers’ interest? There’s a twisting, turning love triangle; lots of yummy Indian food, and a mother-daughter story that makes me cry and hopefully will do the same for you.

I have harassed a number of writer friends into doing interviews just like this about their upcoming work. Next Wednesday December 12, you can learn about the upcoming work of Lois Greiman . She’s a really funny, sassy writer of mystery, historical, women’s and paranormal who lives on a farm in Minnesota. Also please check out the latest from Ellen Byerrum a former style journalist who writes the Crimes of Fashion mysteries and has a standalone ebook coming out. Paranormal lovers (intentional play on words) see what’s doing with my supercool fellow Simon&Schuster author Maria Lima. And I’m also offering a free ticket for first-class travel to Denmark, India and points in between with fabulous international fiction author Amulya Malladi.

Enjoy all your journeys with The Next Big Thing.

8 thoughts on “The Next Big Thing”