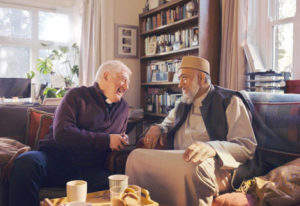 Speaking to supporters for his presidential in Iowa in 2008, Barack Obama said: “Hope is not blind optimism. It’s not ignoring the enormity of the task ahead, or the roadblocks that stand in our path. It’s not sitting on the sidelines or shoring from the fight. Hope is that thing inside us that insists, despite all evidence to the contrary, that something better awaits us if we have the courage to reach for it, and to work for it, and to fight for it.”

30 days after our election, I can see a number of things that give me hope.

First is ‘Old Friends,’ an Amazon Prime commercial that began running in the UK, Germany and the US last week to mark the holiday season. The advertisement features an Episcopal priest and a Muslim cleric in Britain who are faith leaders, rather than actors. This fact probably explains how beautiful the men’s connection is. I could watch this ad time and again and still tear up. Jeff Bezos, who owns Amazon, made a powerful, quiet statement of hope to all. This commercial may be the first ever to feature a Muslim cleric. The risks taken by running ‘Old Friends’ closes the deal for me regarding Amazon. I am happy to shop from Amazon—just as I’m really pleased Bezos has owned and expanded the subscriber base of the Washington Post. 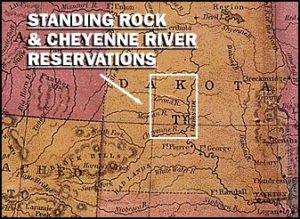 Teamwork and forgiveness have also turned around the dire situation at the Standing Rock Reservation. To summarize a very complicated situation, the US government was planning to run part of the Dakota Access Pipeline for natural gas through a burial ground on a Sioux reservation in North Dakota. Hundreds of Indians and their friends stayed present at Standing Rock in bitter cold to keep the digging from beginning. They were abused by the police. Some military veterans pledged to come to the reservation to protect the protestors from the police, and but a serious confrontation was averted. Last Sunday night, the Army Corps of Engineers announced it will not approve an easement allowing the DAP to run through the reservation. The leader of the Sioux community was asking protestors to return home with the hope that the situation will continue toward peaceful resolution. A moving forgiveness ceremony in which military veterans acknowledged their past role in oppressing Indians and taking land took place this past Monday, with Chief Leonard Crow Dog telling Wesley Clark Jr., “We do not own the land. The land owns us.”

Without a word, but a sign, people can show solidarity. The Safety Pin Solidarity Movement began a few months ago, following the U.K’s vote to leave the European Union. Since then, violent acts against immigrants and people of color have risen. British people spread the tradition of wearing safety pins on their coats or sweaters to publicly signify that they are “safe” people who will support anyone being marginalized. I loved the idea, and to make my symbol stand out, I bought my own colorful safety pins on Amazon Prime (of course, given the ‘Old Friends’ commercial.) However, artistic safety pin jewelry is popping up everywhere, including in wonderful jewelry form from Etsy artists such as tru2u jewelry, sometimes with some portion of proceeds going to a human rights organization. 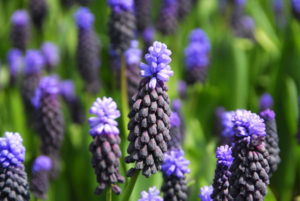 The last thing bringing me hope is the sun. Autumn really has not ended in Maryland. The weather is warm,  the crimson maples are holding their leaves, and the earth is still soft enough for planting. So I finally got down to business. I never get around to planting bulbs in the fall, but since Thanksgiving, I’ve planted 100 daffodils, 100 Narcissus Thalia, and 100 muscari latifolium. No matter what happens this winter, I’m sure I’ll see some flowers in the spring. The cycle of nature is the strongest proof that hope has a reward. 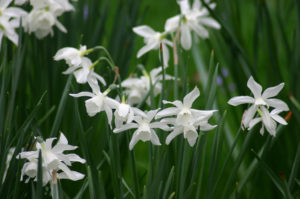