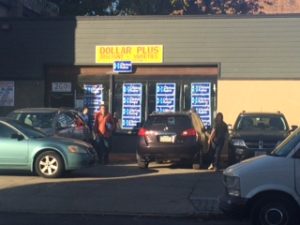 As I work on this post, election returns are coming in from all over the United States. It might not surprise readers of this blog that I’m a supporter of Hillary Clinton. My home state, Maryland, has voted Democratic for many years, so I traveled to a state which is less secure (Pennsylvania) to see how I could help.

On Monday evening this past week I drove 3 hours from Maryland to Pennsylvania, a state where rural areas are bullish on Trump. However, the city of Philadelphia and its suburbs tend to support Democratic voters, and also has a racially diverse population. I intended to do all I could to encourage Philadelphia’s voters to get to the polls. 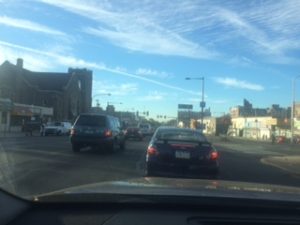 It was a morning rush hour when I drove into North Philadelphia. A big transportation strike that mercifully ended, but its occurrence made a lot of people fearful voters couldn’t get to polls. Lyft and Uber and the popular band Roots built networks of drivers who’d take people needing rides to polling stations. However, most polling stations are located every five blocks. This very old city has a great infrastructure of schools, the primary polling places.

There weren’t enough volunteers who could speak Spanish, but we had to connect with these voters if Hillary would carry Philadelphia. I was sent out not speaking a word of Spanish along with my partner, Barbara, who was fortunately studying the language. But we were certainly anxious about how communication would, or wouldn’t, work. 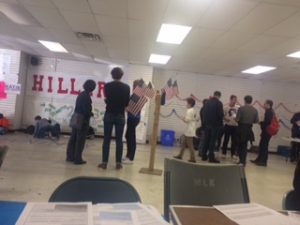 The Democrats set up volunteer stations all over Pennsylvania. I worked out of one on W. Girard Ave. in North Philadelphia. Volunteers got assignments to canvass several blocks, house by house, at a time, to make sure people remembered to vote. Other people stayed back and made texts and phone calls to people who planned to vote Democratic. 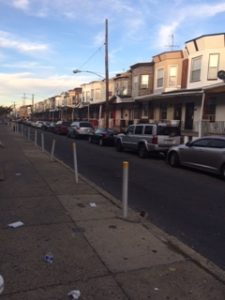 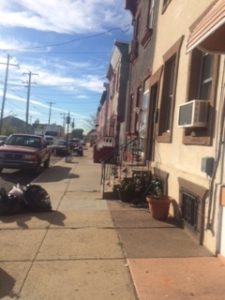 We canvassed streets in Fairhall, a neighborhood with a high Latino voter base. The houses were old, but the people living within were full of energy and enthusiasm. People who’d voted told us the polls were busier than they’d ever seen. We began to feel optimistic. 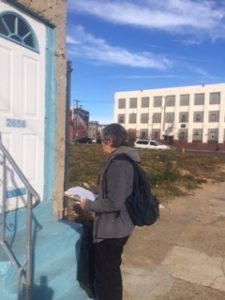 Barbara was such a great person to volunteer with. She was friendly to everyone but really hammered in the importance of having a plan to get to the polling station. 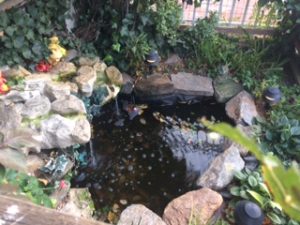 People living in these narrow streets found ways to bring beauty and pride of place to share with others. Residents built in a delightful fishpond right in front of an ordinary row house. We saw flower-filled gardens behind chain-link fences, and cute Halloween decorations on doors. 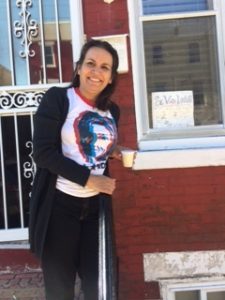 We also were delighted by some of the him owners who sold foods from their windows. A coconut water ice was the best thing I ate (drank?) all day.

I’d never believed I could successfully canvass in a neighborhood where I didn’t share the language with the people I met. However, my nerves were eased by my confident partner and all the Philadelphians were so gracious toward us. I appreciated the way they cared for their homes and kids, and how many socialized with each other on the streets. It made me feel more certain than ever that this country benefits from immigration.

This is a very tough election. At this point in the night, things don’t look good for my candidate. However I feel optimistic about the situation in Philadelphia. No matter what happens, we tried.