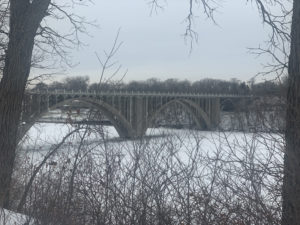 In my long-ago life as a newspaper reporter, there were a few words I wasn’t allowed to use. No profanity, of course. And the other expression I remember was THE WHITE STUFF.

White stuff was on the lips of every television weather reporter when they talked about snow.  On the rare occasions that it snowed in Baltimore, the situation was considered too dire for metaphors to be used in the Baltimore Evening Sun.

I am a free agent now, and I find myself looking for varying words to express the wonder of snow. Tiny soft flakes, angularly falling snow, the snow that’s packed an inch thick on the street, the abstract craggy formations of old snow and ice everywhere.

I’ve just spent a week in St. Paul, Minnesota. Through the week, I saw snow falling three times. It carpeted the Mississippi River and the lakes, and it was packed down into a slick surface on neighborhood streets. A type of snowstorm cheerfully called a “capper” is coming down from Canada today. 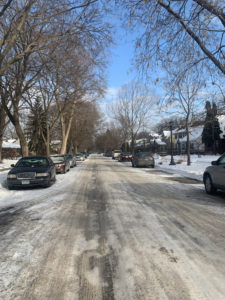 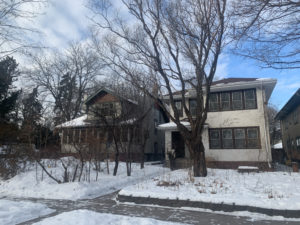 I spent ten years as a child in St. Paul. A quarter century later, I returned to live with my husband and children in Minneapolis—a six-year stay. I feel at home, and not at home, here. The cities sit side-by-side and are therefore nicknamed the Twin Cities. I’d call them fraternal twins. Minneapolis is slightly more urbane, and St. Paul just a bit homier. Both have theater, colleges, culture and lively immigrant populations; the Minnesotans seen in movies are living in the ‘burbs.

And there are hard things about these Twin Cities we must be accountable for. Philandro Castile was shot to death in his own car in the St. Paul suburb where I grew up—no jail time for the officer involved. In Minneapolis, George Floyd was strangled by police officer Derek Chauvin, who was convicted. Minneapolis and Saint Paul sparkle with lakes and solid, charming old houses, but there is pain underneath, like a filthy black under-crust of hardened ice.

The first day of my trip home, I made a pilgrimage to Lake of the Isles, the body of water that filled my eyes every time I walked down to my children’s school. I stopped nearby at Birch Bark Books, the gem of a bookstore owned by the author Louise Erdrich, where an old wooden confessional booth inside the store plays a dramatic role in her brilliant new book, The Sentence.

I listened to The Sentence as an audiobook read by Louise on the long drive from Baltimore to Minnesota. I was transfixed and knew I had to buy a number of hardcover copies to share. The novel includes a tale of crime and incarceration, a love story, a ghost story, and Native American history. It was written during the pandemic and unbelievably, was released while we are still in the thick of Covid deaths. The novel digs into the heart of what happened in the Twin Cities during this momentous time, from the empty store shelves and closed businesses, the full hospitals and struggling medical people, and in the middle of all the desperation—George Floyd’s murder. This is a book which made me laugh out loud, and also weep quietly. 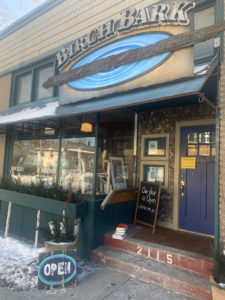 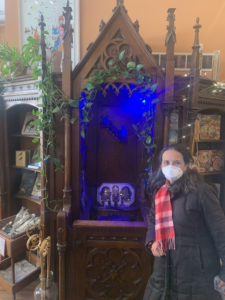 A few days later, I returned to Lake of the Isles on a different mission. It was a dark Saturday night and relatively warm: 26 degrees! The Luminary Loppet is an annual winter celebration that brings artists to the lake. The artists freeze water into ice sculptures that are illuminated with glowing lights. Fire dancers, musical performers, and plenty of charming dogs trained to lope along with their skiing humans made this such a happy, spectacular gathering. I walked the surface of the lake with friends, marveling at the ice sculptures and spirited entertainment, and at the strollers and skiers, some of them with dogs in tow. 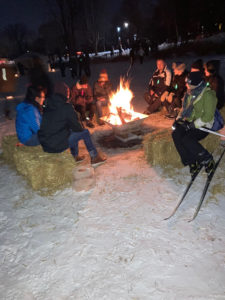 A Minnesota winter also means a lot of indoor time.

The Twin Cities is the home to the University of Minnesota’s flagship campus, which houses the extraordinary Ames Library of South Asia founded with donations from Charles Lesley Ames, a St. Paul lawyer who sailed to India in 1906 and began collecting books about India. In this special library, I’ve found memoirs and travel guides, books of folktales, government records, and other tremendous, rare books. It’s a historical novelist’s dream.

A few flakes fell as I drove a short distance to my haven, which is housed in the sub-basement of Wilson Library on the Minneapolis’s West Bank Campus. The library, which is generously open to the public, was uncrowded, as always. A couple of masked students floated through, but that was it. I was mostly alone, hearing only the buzzing of the light fixtures and an occasional opening of elevator doors in the hallway. 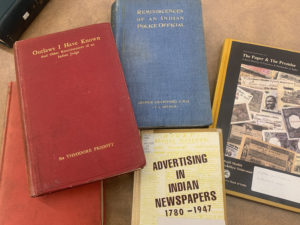 This time I found two memoirs by British colonials in the justice system: one a judge, the other a police chief. I paged through a beguiling volume of anthropological study of rain. I sifted through another book on the history of advertising in Indian newspapers, and one more about the introduction of paper currency. The day after my library visit, I meant to work on an outline for the proposal. But the first page of that book came like manna from heaven.

The brainstorming comes not like a blizzard, but a gentle sprinkling. The very best kind of white stuff. 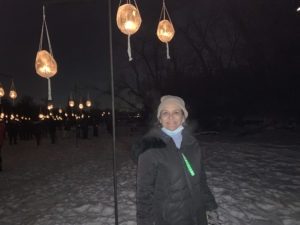 2 thoughts on “Snowstorms and Brainstorms”