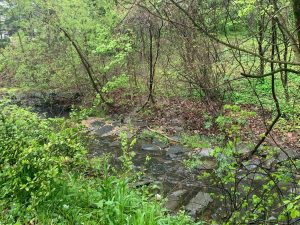 People around the world are saying, when?

Over eight weeks ago, business as usual stopped for most of us. Not just working: but shopping, learning, socializing, being out in society. Some are saying enough already! and demanding that their states’ governors reopen all non-essential businesses and get children back to school.

Many of the open-up crowd don’t have money to support staying at home without working.   Unfortunately, my country’s government is quicker to aid large businesses who might suffer economic losses than the poor and the middle class.

In Baltimore, COVID-19 hospitalizations and diagnoses are rising. We do not look anything like the downward slope of the national graph. We aren’t yet opening up houses of worship, playgrounds, barbershops and tattoo parlors, as our governor has said is safe for the state of Maryland.

I agree with the decision of Baltimore’s mayor. I don’t want exponential spread of illnesses. I have friends battling the illness and neighbors who risk their lives to work in hospitals and pharmacies.

I know that I’m privileged to stay at home. I’m not a front line worker. I have access to food throughout this crisis, and live in a neighborhood where I can peacefully garden and walk outside.

When I long for openness, I take my little dog on a walk alongside a stream called Stony Run. It’s a tributary to the Jones Falls in Baltimore, a powerful waterway that once supported mills in 19th century Baltimore. The wooded walking trail is about three miles long.

The Stony Run was here long before the pandemic. It rushed along when Indians lived along its banks, and when slaves secretly traveled north to freedom. It played its water music through the Civil War, the Influenza Epidemic of 1918, and World War II and Viet Nam.

Due to the labors of environmentalists and neighbors, this creek is at its healthiest these days. It is a haven for so many forms of life, from tiny crawfish and worms to chipmunks, mice, birds, and wildflowers. And as I stroll, the Stony Run seems to whisper that normal really does lie ahead.