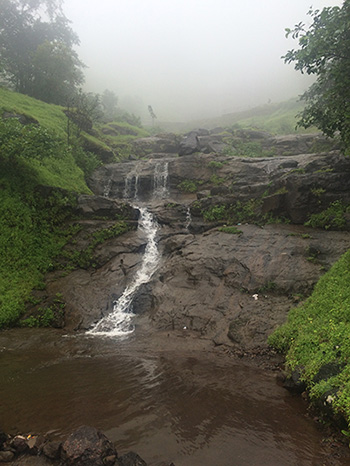 It’s been raining for approximately one week in Maryland. First came the side effects from Hurricane Ian, and now we are in the windy grip of a Nor’ Easter. So much rain is tedious, but  getting my head wet on a dog walk is nothing compared to the situations suffered by those farther south in the US, and in Pakistan, where thirty percent of the landmass has been swallowed by water. All this rain got me thinking about my own experiences with monsoons in India. Therefore, I’m sharing (and updating) a blog post from 2016, when I visited India in the rainy season for book research. 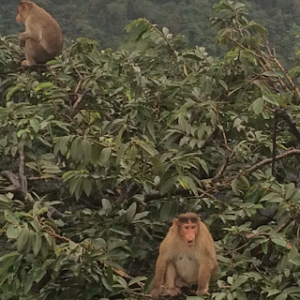 It’s raining all the time, but the monkeys don’t seem to care.

From the trees and on the ground, they were clearly on the job, watching the comings and goings of people like me to the hill towns of the Sahyadri mountains southeast of Mumbai. Slowly, I ate a piece of the peanut brittle, taking note of how these bonnet macaques seem to be working in teams to keep the local stray dogs from getting close to me—and my food. A friend warned me that monkeys can get mad enough to grab things out of your hand—even non-edible things, like camera and cell phones. This was the reason my shots are a bit distant. 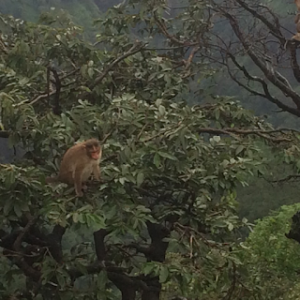 It was necessary to come here because of my book-in-progress, The Satapur Moonstone, a 1921 mystery set in a princely state in the Sahyadri Mountains. To understand the setting, I planned an excursion to visit hill stations, the elevated areas that offered cool respite to the British administration during India’s hottest months. I was happy to get a reservation at Veranda in the Forest (now known as Dune-Barr House), a historic British hotel almost 170 years old. It’s the oldest hotel in Matheran, a hill station that still doesn’t have paved roads and thus has escaped much modern tourist development. I’d heard it would be a five-kilometer trek from the car park to my lodgings. Because of it being uphill, going on horseback was recommended. 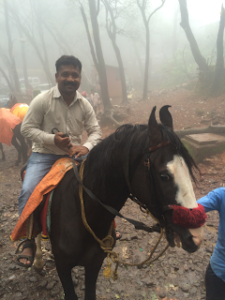 The horseback ride was slow and waterlogged, but Namdev, my driver from Mumbai, was kind enough to accompany me. A male guide lead us and two teenage boys held the horse’s reins—either to reassure us, or because the horses really didn’t want to make the trip. It was over an hour of slow, careful plodding through a jungle of twisted trees and thick-hanging mist. I have seen enough Indian horror movies since this trip to realize that a demon could have dropped from a tree at any moment. 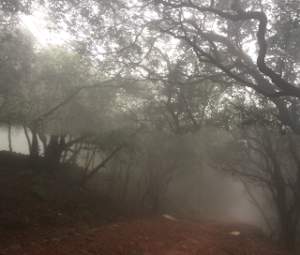 It felt reassuring to reach the former home of retired British Army Captain Harry Barr. Going through the impressive gate, I found there were only a few other guests, due to the weather—and they were not chatty like the characters in Agatha Christie novels. My most frequent communication was with a red-beige stray who haunted the grounds, always begging for something to eat. 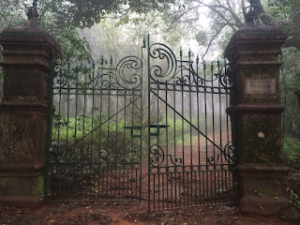 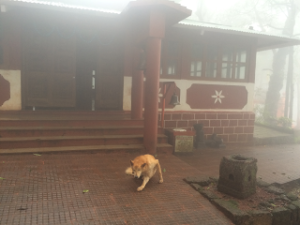 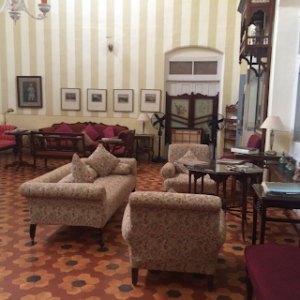 The house, which features a thirty-foot ceiling in the sitting room, and only slightly lower ceilings in the rest, was constructed to lessen the impact of torrential rain. 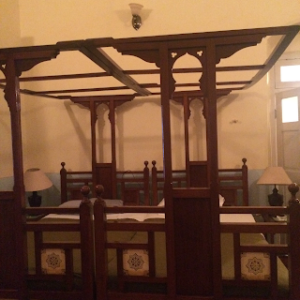 The deluge made it a very inside kind of holiday—albeit one without any television, radio or wi-fi. The furniture didn’t look like it had been updated in decades, and in this case, it was a good thing. I wanted to sleep on the same kind of bed that my heroine, Perveen Mistry, would have done. What a delight the masterfully hand-crafted furnishings were: left over from the Victorian and Edwardian eras. In the drawing room, I sat briefly on tallest bench I ever encountered—and with such a grand mirror and top to it. In the end, I thought the piece was a carpenter’s desire to try to have his work live up to the scale of the place. 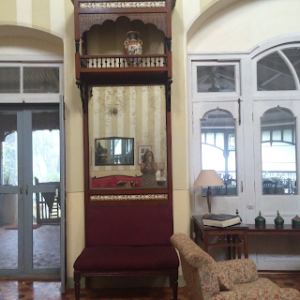 After my first twenty-four hours in Matheran, the rain fell so hard and constantly that it soon became the most irritating noise. But at least I could while away the hours in the old hotel, drawing out an architectural layout that would become the plan for my fictitious Circuit House, the place occupied by a British civil servant where Perveen Mistry visits and learns about the area—while rain falls. 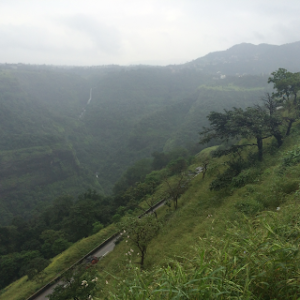 The rain stopped for only about 2 hours during my four-day stay in Matheran. To take advantage, I rushed out with another woman staying at the bungalow. Still, the mists did not leave—and because of the plateau-like structure of the hill station, you can’t really roam around without danger of slipping, or maybe even falling over the edge into a dam. 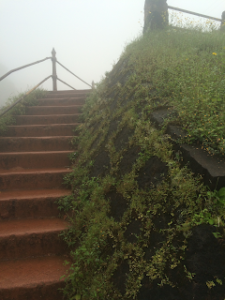 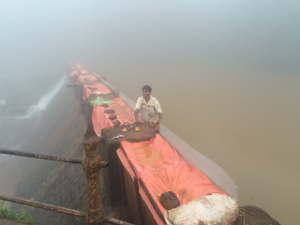 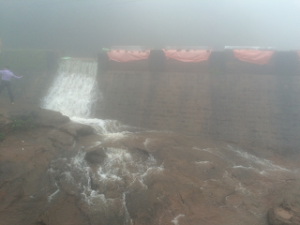 A friendly local man was working at tightening up the wall of the dam with extra stones. H told us that stones are taken out of the dam wall during every rainy season to allow water to spill into the lake and not flood the land. Because rainy season was drawing to an end, he was returning the wall to its normal state and happy about the coming change. 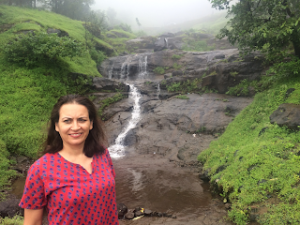 But this wasn’t happening anytime fast. In the half-week I spent in Matheran, I always fell asleep listening to the relentless rain only to be jarred awake by thunder, then get back to dreaming, and ultimately awaken to another rainy day. As I wandered the hotel, I understood what it might mean to be confined to a place to months on end because rain meant that the paths down the mountain were washed out. At least there was electricity, so I could sit in my dreamy nineteenth century bed, working away at my draft. I had a dry roof over my head. And one misty morning, the horse and his groom arrived at the hotel, and it was time to descend the hill, meet Namdev, and get back to Mumbai.

And although the rain was still falling, I didn’t feel quite as wet behind the ears.