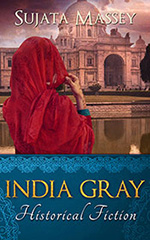 A novel provides all the space I need to figure out what’s going to happen. This might happen well after the first half and change focus several times before the final chapter is written  Still, something about short stories and novellas tempts me. I admire the skill of writers who can paint rich characters and provide a full, rewarding story in less than twenty pages. I feel like I’m getting away with something when I consume a good piece of literary or mystery short fiction within one sitting.

Over the last eighteen years, I’ve had a handful of short stories and one novella released as e-books and within multi-author anthologies. In the year 2015, I set a goal to create my own trade paperback made up of short fiction works. I spent a few weeks culling through older work, deciding what to include and what to put away for another time (yes, I have a proverbial “drawer” in my laptop computer). Then I spent three months crafting an original novella and almost four weeks on a short story to anchor the book. It was becoming clear to me that no matter how much I wanted to write shorter fiction, I still took longer than most writers to accomplish my first drafts. After final edits, 67,000 words totaled about 300 pages of reading material. Enough for a real book!

The next task was coming up with its title: India Gray: Historical Fiction. I hope this hints at what’s inside: two stories and two novellas spanning the years 1919 to 2001 and featuring mostly South Asian characters.

The book begins with a traditional mystery novella, Outnumbered in Oxford, set in 1919 England. I became interested in the lives of Oxford’s early women students after seeing the recent film of the writer/peace activist Vera Brittain’s autobiography, Testament of Youth. I discovered Vera Brittain’s diary in the archives of our city library and began absorbing more Edwardian period history, including that of Indians who emigrated to study at Oxford and Cambridge during the late Victorian and Edwardian time periods. My Bombay-born heroine, Perveen Mistry, and her British classmate, Alice Hobson-Jones, are both odd, independent young women who come together as unlikely best friends at St. Hilda’s College. When they’re tasked with hunting down a missing Indian man, the ladies calculate various disturbing scenarios and lay out a daring series of tests to uncover the villain. What fun it was for me to pull together all the threads in just 86 pages! 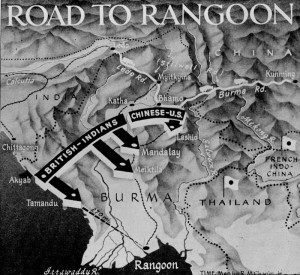 For the collection’s title story, India Gray, I returned to characters from my 2013 novel,  The Sleeping Dictionary. Kamala, a young Indian woman married to an Englishman, travels with him to the northeastern province of Assam during the latter part of World War II. Assam borders Burma and was penetrated by the Japanese during the War, creating a situation ripe with danger and intrigue.

The Ayah’s Tale is a novella exploring mother-child-nanny issues, which were considerable in late colonial India. Menakshi is a bright young teenager forced to leave her school in 1920s Bengal to provide round-the-clock care for three children of a wealthy, unhappy British couple. Her coming-of-age story is an expansion of a section that almost went into another novel, but had to be cut because it pulled the reader away from the central emotional struggle. This is a very common writer’s dilemma; too many ideas and themes to fit in one book. One could throw such a piece of lost writing into the cyber-trash—but I felt too committed to the characters not to alter them slightly, expand the plot, and create a novella.

Bitter Tea, the closing short story, is set in the Northwest Frontier Territories of Pakistan that was overtaken by the Taliban after 2001. While the time period is considerably more recent than the other stories, the lifestyle of the isolated villagers is much more antiquated and restricted. What happens when teenage girls are banned from school, confined to their homes and are smoldering with anger? I’m not sure if Bitter Tea should be described as black humor, a feminist fable, or a mini-thriller; I’m very curious what readers will say. Here is a link to read  India Gray‘s first fifty pages.