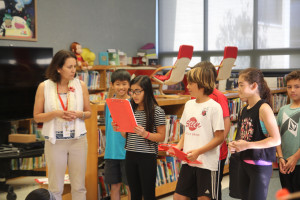 Working on team stories with the 5th grade

In Hawaiian, the ‘Iolani bird is a heavenly hawk. Queen Emma chose it as the name for the Anglican school she founded for Hawaiian and mixed-race boys in Oahu between 1863 and 1870. Approximately 150 years later, the renaissance royal is gone but not forgotten. Many institutions and places hold her name, and the ambitious boys school now admits girls, and has become the largest co-educational Episcopal school in the United States.

I fell under the heavenly hawk’s gaze for the last two weeks as a writer-in-residence. I was brought in as the annual Harold Keables chair-holder, part of an endowment established about 30 years ago honoring a legendary English teacher. 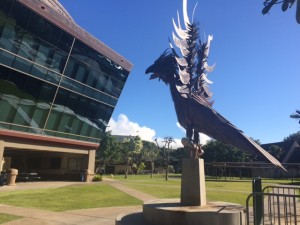 The ‘Iolani Bird, fierce and metallic

As a full-time writer who works by herself at home, it was a big shift to move from silent mode into talking about how to write. I arrived daily when it was still dark, and the metal ‘Iolani birds eyes glowed red. Gradually the sky lightened to reveal students and staff exercising or studying at the outdoor tables. It’s an intense school.

My first teaching appearances were in Japanese classes for 7th and 8th grade students, where I showed slides of my early years in Japan and talked (in English) about how I channeled those delightful experiences into my Rei Shimura mystery series. More than half the students in the class had been to Japan, so we chatted a lot about their most dramatic memories. Is it any surprise that Japanese toilets—both the antique variety, and the post-modern—brought gales of laughter?

In the journalism/newspaper classes, students were curious how I chose to weave details into both kinds of writing. I enjoyed their full-color newspaper, Imua ‘Iolani, which was packed with interesting stories, photos and art. With so much activity on campus, there was no shortage of stories. 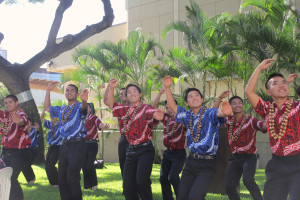 Most of my time was spent working with creative writing and creative non-fiction classes. I had just one goal: to make them feel writing could be fun, much more than an assignment done for a grade. Okay, there was a second goal, too: to help them tap into the stories that were inside them; great material that they might  never have considered. I spoke about how the places we visit—or the family history we hear about from our relatives—can be springboards for the imagination. I told them only to choose writing about things they were genuinely interested in. 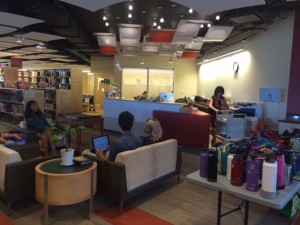 In one class, I challenged them to brainstorm settings and plots based on situations out of their own or their family’s past. One young woman told us about her family’s historic home in France that had been overtaken by the Nazis during the war years. A high school boy thought of exploring the life of a Japanese picture-bride ancestor; and another male student wanted to write about the dilemma of being raised in a football-centered community, yet feeling the urge to put aside the sport for something cerebral. There were other story synopses set in North Korea, Viet Nam, and Japan: a whole world of creative possibilities. 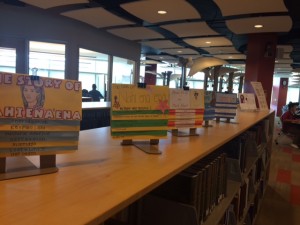 And then there were stories I heard about how the teachers and staff came to Hawaii. Chatting with staff who became good friends, I heard hints of stories of their family histories on the island. Links between Japan and China and Polynesia sparkled like jewels. 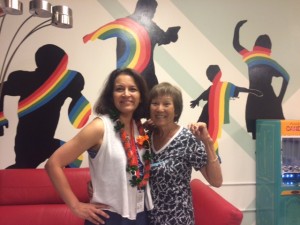 Jo Okumoto, “Mrs. O,” is a popular staffer many visit early each morning 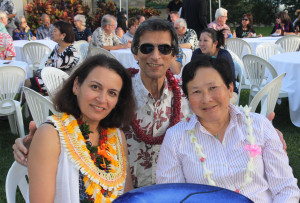 With my Keables organizer, Frank Briguglio of English, and Jackie Oda, the Special Programs assistant who nominated me.

Stepping out into the sunshine after a day of classes, I could almost hear the great ‘Iolani bird rustling its feathers, readying itself to fly.