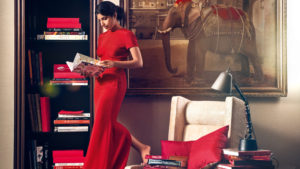 This post is a tribute to a young democracy that has brought the world great writers–and a fantastical amount of readers.

India’s population of 1.2 billion boasts a literacy rate of 86% in cities and 71% in rural areas. Inside India, twenty major languages are spoken and read, and a few hundred more languages are used in rural communities. About 125 million Indians speak and read English, making it the second largest English-speaking country in the world. 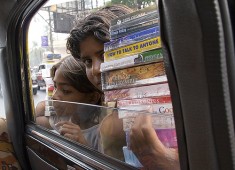 Yet despite the vast numbers of Indians educated in  schools, book sales are paltry—out of proportion for a nation with the largest middle class in the world and a plethora of talented writers in those twenty-plus languages. Why is this?

Many urban people are exposed to pirated books every day. An estimated 25% of books sold in India are proffered by slum dwellers who work under the supervision of gang bosses who distribute reprinted versions of Indian bestsellers on paper thin as tissue. During recent travels in Kolkata and Mumbai, I kept running into kids selling pirated Slumdog Millionare books… such an irony! If you got stuck on a street for a half-hour every day, and the same friendly youth offered you a bestseller for less than half of its cover cost, why wouldn’t you buy—especially if you thought it would help the child? 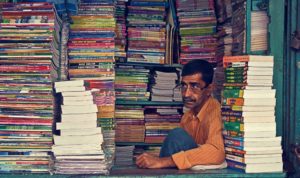 Another blow against literary commerce are  time-honored, used-book stalls in all cities. Used book shopping at book corners loaded with thousands of traded-in books is one of the joys of visiting Kolkata’s College Street. However, these places don’t earn a rupee for the author or publisher. 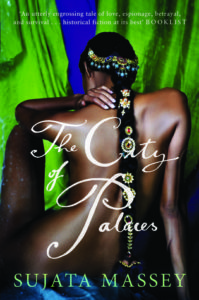 The efforts of India’s biggest publishers to sell ebooks haven’t helped. I have a novel published in India, City of Palaces. The beautifully designed trade paperback has a list price of 499 rupees, but the reality is that the trade paperback is sold at Amazon for 310 rupees, while the ebook is 299. We are talking about $4.68 US versus $4.51. Many Indians buy e-reader devices are sucked into the free ebook and get so much content loaded up they have no interest in adding books that aren’t free.

A young woman publisher, Chiki Sarkar, is trying to change that. (Full disclosure: Chiki bought and published my book, City of Palaces, during her time at Penguin.) I was stunned that shortly after her promotion to becoming publisher for the newly joined PenguinIndia/Random House, she departed to create her own start-up venture. Juggernaut launched this month with an amazing author list.

In several articles I’ve read, Chiki has mentioned that publishers can’t expect distributors to pay them on time, and there aren’t a lot of great independent and chain bookstores in India investing in new authors. She joined hands with with Durga Raghunath, a tech entrepreneur. They are launching Juggernaut, a publishing house unlike anything India’s ever experienced.

Juggernaut is a very old, yet modern-sounding word. British administrators during the colonial era were stunned by the energy of the Rath Yatra Hindu festival held in Puri, Orissa every year in honor of the god Jagganath. To them, the Jagannath gathering was a wild melee of people and massive, heavy carts—the 18th-century precursor of rush hour traffic. Frequently, religious pilgrims were crushed in the throngs of Jagannath—yet the carts and people pressed on. The British colonials began using the term “Juggernaut” to describe a powerful force or institution that cannot be halted.

Juggernaut Publishing’s push is embracing the shift of reading on mobiles phone. The publisher plans to release more books as digital exclusives, although about 50 books per year will also be released in paper. The lynchpin of the publisher’s debut will be the memoir of Rajat Gupta, a business scion who was convicted of insider trading and jailed. More details are here in some interviews Chiki Sarkar did at the recent London Book Fair and with Vogue India. 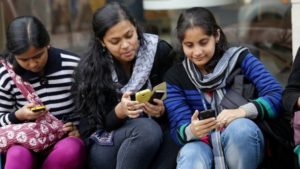 Mobile users in India/photo by BBC

Many people worldwide read novels on our phones and tablets, using apps from Amazon and Apple. I do it to keep myself busy when I’m waiting somewhere. I own a Nook e-reader and a Kindle Fire, but I confess both need to be charged, because I use them only on the treadmill or when traveling. 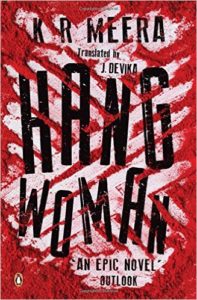 Here’s the other side of the story. Remember how I mentioned people speaking so many languages in India?

Penguin/Random House has decided to go big guns and translate quality regional language fiction into English. One example of this new pubs is one of the most powerful thrillers I’d ever read, Hangwoman, by KR Meera and translated by J. Devika.

I would not have ever known about this haunting novel, originally written in Malayalam, if it hadn’t been for this publishing risk taken. The past and the future, interwoven. That’s why I love India.