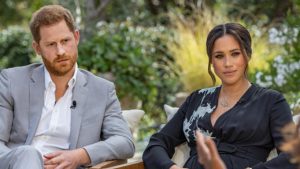 It seems all about Harry and Meghan this week. But they’ve made me think about some less glamorous people, too.

An Oprah Winfrey interview of Britain’s Duke and Duchess of Sussex aired three nights ago and opened a rare, uncensored view of personal relationships within Buckingham Palace. Among the many disturbing revelations during the interview were the royal couple’s assertion that Meghan was denied the freedom to get psychiatric care, even when suicidal; and that a member of the family made racist comments about their baby, and they were denied security services and many more things senior royals take for granted. Harry and Meghan also expressed pain about cruel and untrue stories about Meghan that flourished in British tabloids that led to a nationalistic rage against her—a situation they believe could have been curtailed if Buckingham Palace had stood behind her.

I had an inkling that things were not right in Kensington Palace, but like most people, I bought the party line that the Sussexes had departed the palace without warning, supposedly blind-siding the Queen. In the interview, the couple made clear there had been months of planning for the departure. The nasty “Megxit” stories were just an extension of the hatchet job done before.

I was surprised and happy when Prince Harry fell in love with Meghan Markle. I’d assumed he’d marry a society or noblewoman—instead, he found happiness with a biracial woman from Los Angeles who already had found success as an actor. Through her blogging and volunteer work, Meghan had proved herself both a feminist and a champion of marginalized people. She was beautiful, inside and out.

Harry and Meghan’s romance also appealed to me because I was once was “Her Majesty’s Subject.” I was born in Sussex to parents from India and Germany. Our family emigrated from England to America in the mid-sixties for two reasons. In the United States, my father could get a professor job based on merit rather than years served at a university. Secondly, my parents feared if we stayed in Britain we would grow up thinking of ourselves as second class citizens.  For years, I thought my mother was exaggerating. It wasn’t until much later that my parents shared a few stories of discrimination, and I realized that my hair, skin and name would have stamped me as a remnant of colonization.

Our family built a good life in the United States. I suffered hard years in high school, but I went on to have a deeply gratifying college education. I  worked in a dream career in newspaper journalism for five years followed by a lengthy and even more fulfilling career writing mystery and historical fiction. In almost every book I’ve written, there was a British character. I think this is because I consider my birthplace a part of who I am.

I married a college classmate, a white man from the Deep South. After seven years of marriage, we adopted two very brown children. This surprised more than a few people. Our diverse family of four drew attention—whether it was ‘good for you!’ smiles beamed at us from cashiers in the grocery store to flat-out queries if the children were ours or where we adopted them from. Less common, but far more offensive, were unasked-for opinions on the children’s skin color.

I believe what Meghan and Harry are saying about racist experiences in England is true. And in my personal social media feed, comments from British people about this issue are likely to be mocking, cynical, and furious. I’m seeing Harry described as ‘venomous’ and Meghan as a ‘grifter.’ When I look at comments from Americans, I see outrage about racism and refusal to help someone in a mental health emergency. We are an ocean apart.

If the palace were to call me for an opinion, this is what I’d advise.

This situation can be saved—just like most family fights.The remedy is apology. That means the family member or the administrator who denied Meghan the freedom to leave the palace to seek medical help must come forward and admit it. Similarly, the family member who commented on Archie’s skin color owns up to it, rather than let everybody else suffer the suspicion. Harry’s official royal salary should be reinstated, as would the family’s security service, when needed. In return for this, Harry and Meghan would continue charitable visiting appearances around the world, while keeping a private home base. There’s no point in asking the British tabloids to do anything differently.

And that’s why it makes sense to stay in Montecito. 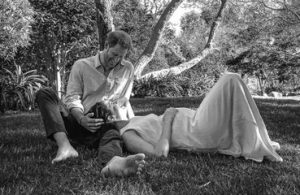