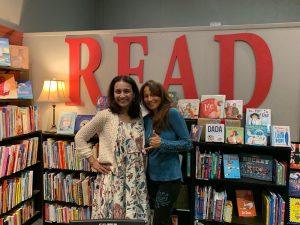 With debut author Tori Eldridge at Chevalier’s in Los Angeles

I grew up in the age of point-and-shoot simple cameras, which at the time seemed beyond magically simple. But in the last ten years, the cell phone camera has thrown old-fashioned cameras to the curb. We are now responsible for being the chroniclers of our lives.

I feel that stopping what I’m doing to take pictures takes me out of the moment, so I don’t do it a whole lot. But when I travel, or have special friends come my way, I go straight to the camera app on my phone.

Here are some of my favorite moments saved over the last year—my grateful thanks to the invisible assistants who did a lot of the snapping. These pictures remind me how many people—family, writing friends, readers, and booksellers—have brought joy into my work life. I was thrilled to launch the second book in my Perveen Mistry series, The Satapur Moonstone, and humbled by the recognition given to the book before it, The Widows of Malabar Hill. And this made photo-ops!

For all these journeys, and so much more, I am grateful. You may notice a lot of books in these pictures. Whoever guesses the right number deserves their own prize. 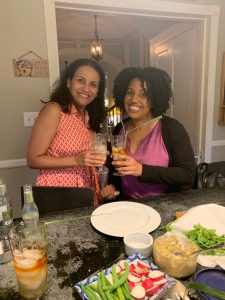 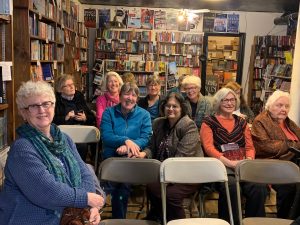 Twin Cities roundup: my stepmom Manju and good friends at Once Upon a Crime 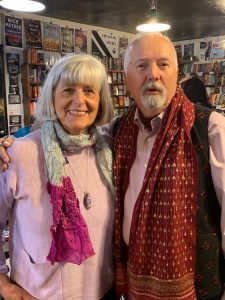 My mother Karin and her longtime pal Don Johnson, an expert on Indian textiles 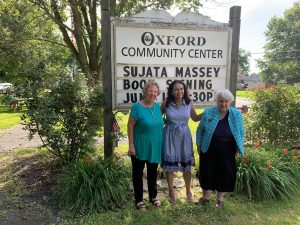 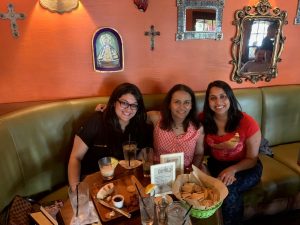 I was having a lonely dinner in Houston before a signing discovered two readers, Tara and Priyanka, were in the same bar! 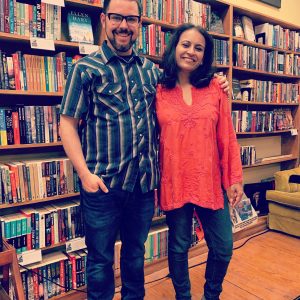 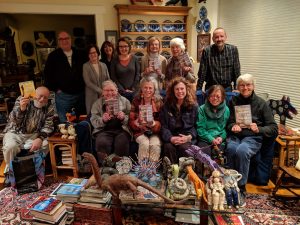 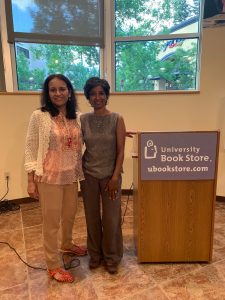 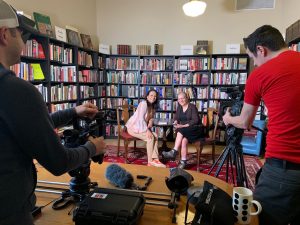 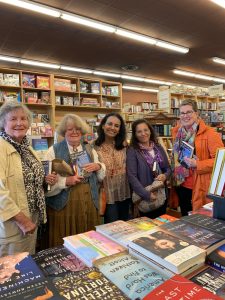 I drove to Santa Barbara for lunch and met a bunch of newsletter subscribers! 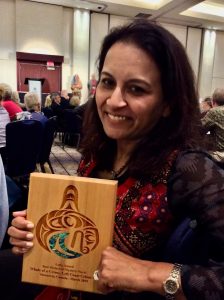 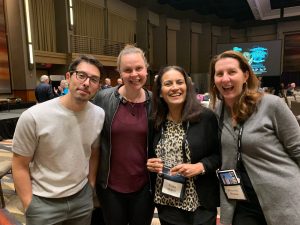 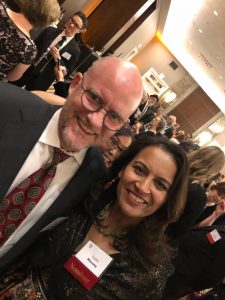 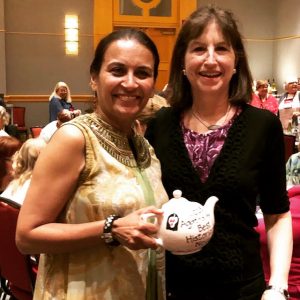 With my agent Vicky Bijur and the Agatha teapot 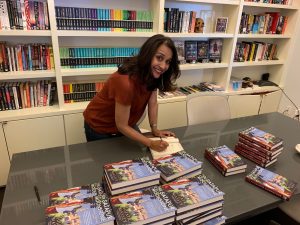 To touch a hot-of-the-press book for the first time is a real thrill!