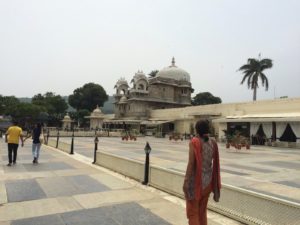 When women began posting accounts of sexual assault a few months ago, I listened. I counted myself fortunate to make it through a little more than a half century without rape. Also, I haven’t experienced workplace harassment. But as the #MeToo stories have continued, some uncomfortable memories are surfacing.

The first time, I was fifteen. It was a summer that I traveled with my mother and younger sister, exploring Germany and Austria. A summer of great times: going bowling and disco dancing with my cousins, eating lots of curry wurst, taking long rides on trains and watching little villages flash by the window. We had arrived the Nymphenburg Palace, a famous site in Munich. My mother was in the ticket line and I was standing around with my younger sister. A middle-aged white German man approached me and spoke in broken English. He was a professional photographer. I was so pretty. Could he take my photograph?

That was exactly the kind of language to flatter an awkward teenager and make her acquiescent. 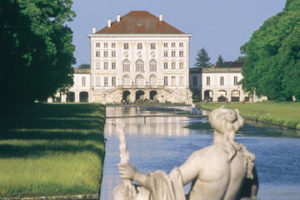 The photographer told me to stand a little bit away from the crowd; he was getting the angle right. I smiled as he took a few pictures. And then he suddenly rushed forward and began unsnapping the front shoulder fastenings of my overalls. I felt his fingers fumble at my breasts. I began weeping as I twisted away, realizing that I’d been tricked. My little sister rushed toward me, also crying loudly, and the stranger vanished into the crowd. I cannot remember if my sister and told my mother. I know that I considered myself to blame in allowing the man near me and my precious little sister.

Decades passed, and I became a young woman who dated a lot of nice guys and a few jerks. I was comfortable saying no and setting limits on behavior that made me uncomfortable. At 27, I married and began a career as a self-employed writer. I wrote novels that took me on solitary research trips to Japan. I marveled at being able to walk around at eleven or twelve at night in Japan without fear, at being able to eat alone in restaurants without interruption, at disembarking at lonely train stations without hassle. It was a pretty charmed travel experience.

Yet my second bad experience happened while I was traveling again in Europe. I was sent on a short book tour to Finland, a country where the Rei Shimura novels are very popular. Meeting readers was a very cheering experience. I chatted, signed books, and thoroughly enjoyed the company and assistance of my Finnish editor as I traveled through the capital city, Helsinki. 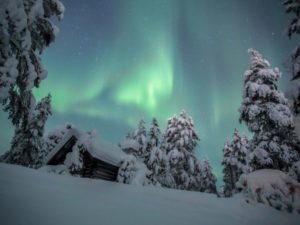 During the tour, I had two days free, so I traveled by myself, taking an efficient train west to a small town with a spa where I booked a night’s stay. I looked forward to some long walks outside, and perhaps some spa treatments.  I requested an hour-long massage at the spa. The receptionist was sorry to say that all the regular massage therapists were booked. Then she had an idea. She would phone in an alternative massage therapist, not a regular spa employee, someone in the area who had offered to work part time if the need arose.

When I checked in for my massage the next morning, I wasn’t worried to discover the masseur was a male. I’d had excellent, professional massages from therapists of both genders. I walked into the massage room, and when the door closed, the man told me to undress and get under a sheet. But here’s the strange thing. It is standard operating procedure for a massage therapist to leave a client alone to undress and get underneath the sheet. This man stayed put, his eyes glued on me.

I would like to say that I walked out of the room then and there, but I didn’t. I was a traveler, and I thought maybe they did things differently in Finland.  I felt very uncomfortable as I turned my back to him and began undressing, trying to wrap the sheet around myself for privacy while doing that (an impossible task).

Once on the table, he began the massage. I was lying on my stomach, and I noticed right away that his touch was very light and did not seem to be following a pattern. He was unskilled at therapeutic touch, I thought with annoyance. And then he told me to turn over.

Suddenly, I decided to believe what my instinct was telling me. This man wasn’t a professional massage therapist at all. I told him sternly that the massage was finished and I ordered him to leave the room. It took a little more yelling, but he did go. I dressed in a flash, my body shaking, and I went to the reception desk.

The person there didn’t realize the extent of my complaint about the nonprofessional, ogling therapist. I was likely too upset to be able to communicate the seriousness of the situation. I had prepaid for the massage; there was no refund. And honestly, money wouldn’t have helped. He saw what he saw of me. Nothing could erase the sense of violation.

With my Asian appearance and American accent, I stand out as a visitor in Europe. And the sad reality is that women who travel are an easy mark. Molesters can make quick hits, guessing that victims have nobody nearby to call to for help, and that victims will chalk it up to bad luck during travel. Such perpetrators also know that foreign women are less able to communicate effectively with local police and give the kind of details that would lead to apprehension.

Women who travel cannot anticipate these sudden intrusions. Also, we don’t have enough time to mentally store the details of attacks, the way you would about a coworker you know or someone you’re dating. Think about all the groping incidents on subways and buses throughout the world. Even planes are territory for molestation. A first-class airplane seat was where a woman reported relentless physical harassment from Donald Trump in the early 1980s. The New York Times video of her account is embedded below.

An effort to shield women from sexual abuse in public is one of the arguments behind purdah, the conservative custom of women staying behind veils or confined to their homes. Purdah began hundreds of years ago among mostly Muslim families in the Middle East and South Asia, but included wealthy Hindus as well. (I write about purdah in The Widows of Malabar Hill, my latest novel). The custom largely died out in the early twentieth century, but it helped build an international misbelief that good women stay home and disreputable ones roam. And now that the Taliban, ISIS and other radical conservative groups have taken over villages and towns in Asia, Africa and the Middle East, enforced purdah is back and crueler than ever.

I suspect the men who went after me were locals in their communities who acted alone. But there are increasing situations where groups of men set out to simultaneously molest a lot of women and girls. Consider the multiple attacks by an alleged 2,000 men against approximately 1,200 women celebrating New Year’s Eve 2015-16 in public in Cologne, Germany—and copycat incidents in other countries.

Men who prey on women travelers usually get away without being named.  But our voices do carry, and my hope is that molesters will someday find their sordid occupation is no longer a safe adventure.

1 thought on “#MeToo: When Women Travel”