The Start of a Book Purge 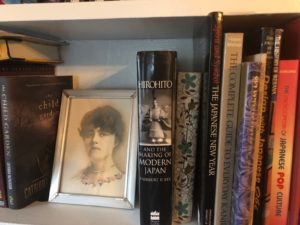 A doctor once reassured that it’s normal for a writer to be disorganized. Clutter goes hand in hand with creativity. That my excuse for my lifelong for tendency to fall victim to clutter. But looking at it doesn’t make me feel calm.

Because of my issues, I find it escapist entertainment to read books and watch TV programs about cleaning and organizing. I recently binge-watched a great program on Netflix, “Tidying Up With Marie Kondo.” I’d already read her two books, The Life Changing Magic of Tidying Up and Spark Joy, although I’ve followed of her teachings so far is to declutter about thirty percent of my clothes.

I’m charmed by Marie’s warmth and playful excitement when it comes to transforming chaos into serenity. Yet critics are attacking her for her ideas about book tidying. In truth, she does not advise a certain number of books for anyone, just as she won’t guide people on which items to discard from their drawers. But she does suggest paring down in a few different ways in order to make sure what we have are books that are used or that are physical embodiments of comfort and happiness. 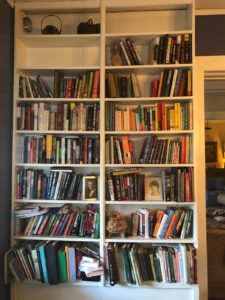 I decided to see if Marie’s approach could help me with my book problem. I typically donate dozens or up to a hundred books every few years. Such book purges are often inspired by moving house. I only throw away a book if it’s damaged. When every town had several used bookstores, I’d find buyers for some of the haul. Used bookstores are so few and far between these days, so it’s easier to donate.

When I lived in Minnesota, I could drop off used books in good shape to be shipped to readers in Africa, part of a humanitarian effort our own Michael Stanley championed. In Maryland, the best option is to carry cartons of books to The Book Thing, a nonprofit located in an old industrial building a couple of miles away from my home. Every Saturday, The Book Thing attracts browsers who pick up whatever they’re drawn to. It’s got the same vibe as used bookstores I remember from the old days, only instead of the books costing $1 to $10, they are completely free.

As I think about this, I visualize people discovering my books, hopefully feeling like they got a steal on an immaculate coffee table cookbook or autographed mystery. The trouble is I have to get the books off my shelves first, and decide who gets to stay in the nest and who will be sent out to fly. 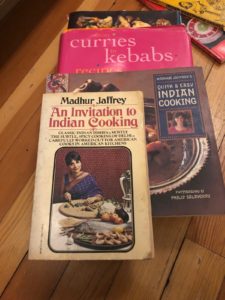 Marie advises gathering all the books into one place and then start sorting. But when we are talking about a couple thousand books on three floors, that sounds like hard physical labor. 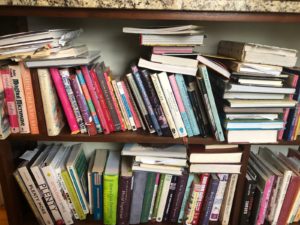 I like the expression “to pick low hanging fruit.” So I began with the long, built-in bookcase my husband built for our cookbooks in the butler’s pantry. Cookbooks are unemotional handbooks not literary keepsakes—and we have more than three hundred. Yes, three hundred cookbooks owned by a couple who probably cook dinner four times a week!

Tony and I began buying cookbooks when we married in our twenties and were dreaming of a domestic future. If we tried to cook every recipe in this collection once, I am certain that we would die before we were done opening cookbooks. Morbid thoughts aside, I addressed the bookcase.

Most of my cookbooks feature cuisines of different countries. I’ve always rationalized storing them as authoritative resources I may turn to in the future, when I am cooking as often as Nigella Lawson (ha ha). Tony has his own favorite cooking tomes from his hometown of New Orleans, as well as Julia Child classics that I am keeping without question to preserve marital harmony. There are also a few easy cookbooks I received when I was a little girl that must be saved for future grandchildren. Jammed in between the books we often use are slick, trend-driven cookbooks that publicists sent to the Baltimore Evening Sun when I used to write their cookbook reviews, and dozens of cookbooks collected when I was in Japan and India that are part and parcel of the novels that I write. When I describe a Japanese rice gruel that is spoon-fed to the ill, or a caramelized onion dal served at a palace, the origins of these dishes are in my cookbooks. 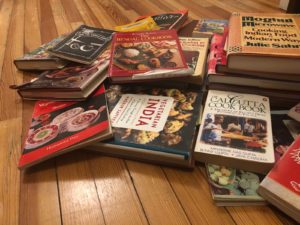 I hardly ever cook Japanese food anymore, so I’m only saving two of those books. However, I continue to cook Indian food regularly, so most of these cookbooks, large and small, weathered this purge. But I thanked about twelve of them for their service and hope they find homes with Indian food lovers who shop at The Book Thing. They will be part of the donation of about one hundred cookbooks.

I can’t boast that my shelves look splendidly organized, but at least everything’s in the right section. I know to locate any Italian cookbooks on the far-right bottom shelf, the vegetarian cookbooks in the case’s top shelf, and all fifteen Louisiana cookbooks stacked in a column running down the center.

It took two to three hours to go through this book case, which is not an inconsequential amount of time. Yet the hours spent sorting turned out to be a sentimental return to past journeys and meals.

I came away feeling certain that that books are food … and food is better when shared.