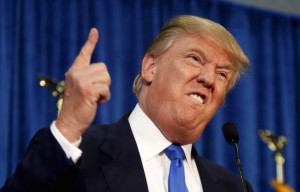 Perhaps you have heard about the unexpected drama in the US presidential primary races. Are you surprised, shocked, or startled? I’ve been getting a sick feeling each morning when I pick up theWashington Post and read news about violence at rallies, hateful statements, and the rest. But I’m just as worried about a local election that could reframe life for my 620,000 neighbors. This is the 2016 race for Baltimore’s next mayor. 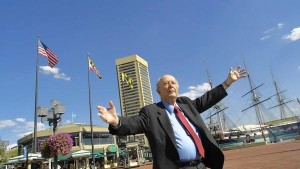 When I moved to Baltimore, Maryland in 1982, the mayor was the late William Donald Schaefer, a slightly comical, profane, Democrat who could be called a curmudgeon one day and a cheerleader the next. Baltimore was much larger then: 776,000 people, although that number came after a slow, measured exodus of city residents from the late 1960s onward. City residents were dealing with the disappearance of shipping, steel and other old-industry jobs, but they hadn’t yet faced the plagues of cocaine and heroin addiction. Mayor “Willie Don” lured big companies and builders to create Baltimore’s Harborplace development. Urban homesteaders paid $1 for row-houses they pledged to renovate that would serve as their homes. A federal and a city program helped homebuyers build great residential neighborhoods like Federal Hill and Canton.

If you live in the central zone bordered by the harbor to the south and the suburbs the north, life is still pretty pleasant. Our historic treasure of a house is larger here than our last one in the midwest, and was half the buying price. Our work lives are going well, and we love the weather and friendly people around us. But the factors I’ve already mentioned  have built a second shadow city that is larger than mine.

In April 2015, a young man named Freddie Gray got spooked when he saw a group of police and started running. The cops caught him, put him in shackles in the back of their van, and took him on a rough ride to the jail that resulted in fatal injuries. Peaceful protests and discussions about Gray’s death escalated into a horrible day of mob destruction that was televised worldwide.

Following the events now called the Baltimore Uprising, our current mayor, Stephanie Rawlings-Blake, announced she wouldn’t run for re-election but would focus on rebuilding the city. The old police chief was fired, and a new police chief, Kevin Davis, is making a tremendous impact in solving crimes. However, the city can’t make the overall changes desperately needed without a strong mayor.

Currently there are many choices vying to be the Democratic candidate; and Democrats typically win the city. The candidates have been appearing at casual gatherings in people’s homes, community centers, churches and pubs. I’ve been to a few of these informal events and enjoyed the chance to ask serious questions directly. Televised and webcast debates and roundtable discussions with these candidates have been remarkably civil and friendly. They seem to be in harmony on the importance of giving people coming out of prison a real chance at work; drug treatment; fixing the schools; providing real education in the schools; and improving police-community relations.

The six most viable candidates include two city councilmen, Carl Stokes and Nick Mosby, who speak of their experience representing hard-hit neighbors. Sheila Dixon, a former Baltimore mayor who resigned in 2010 to avoid standing trial on charges of corruption, wants back in because she says she is the only one who knows how to do the job. Catherine Pugh, a Maryland state senator, is proud of pushing the state to send Baltimore needed funds. Elizabeth Embry, the deputy state’s attorney and former chief city prosecutor, says she wants to use data to make the city work and highlights her crime-fighting expertise. David Warnock, a businessman/philanthropist who moved here from Michigan, has big ideas about jobs, transportation infrastructure, and schools. You can watch a roundtable discussion with the gang on ABC’s Square Off!

Right now, Sheila Dixon and Catherine Pugh are running neck and neck, but I’m attracted to a few of the underdog candidates. And here’s where the lessons of the national presidential race come in. A whole lot of small, respectable presidential candidates each gathered small pockets of votes and mini-spikes in polls. These scattered votes put Donald Trump front and center. Therefore, I fear a vote for one of the little guys in Baltimore is a vote for Ralph Nader. And there’s yet another reading of the situation. There are others who will look to another side of the current political game and say that  the sparkling starlets I’m considering are only building steam on what might be called The Trump Effect.

Should follow my heart or my head? Still deciding. Could the two be linked?