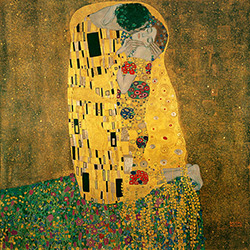 Here are some of the better “kiss” scenes I’ve written over the course of eleven novels. Can you match the books in which they were published? I’ve removed the boys’ names to make the game a little trickier for my experienced readers (ahem).

A. His hands touched my shoulders very lightly, and a current shot through me as his hands stroked down my bare arms.

“It’s been tough. I’ve grown up in this sterile tower with a father who won’t talk to me, a sister with a shopping addiction, and a bunch of middle-aged women who want to be my mother. You’ve been the youngest, realest woman who has ever made it past the doorman.”

“You are the only one who doesn’t bow to me. And who looks beautiful in old clothes, instead of swad­dling herself in Chanel and Escada.”

“I didn’t bow because I thought you were a florist,” I said, unable to stop smiling at the memory. “And then, well, it didn’t seem as if you liked me very much, so there was no point in courtesy.”

“I do like you,” he said. “But it’s hard for me to know what my chance is. I talked with Mr. Ishida for a while before I started the car. He said that you lived with a foreign lawyer, but that he left you last fall. Has it really ended?”

It was painful hearing this, but it was true that I had been more or less aban­doned. I released my arms from his touch and turned around to face him. Despite my suspicions about him, I could not deny that I was attracted. But the prospect of being deceived again was overpowering. “It has. But being alone doesn’t mean that I’m easy.”

“On the contrary, I think you’re rather hard.” His eyes were on me, and I wondered if he was speaking metaphorically or had noticed the situation underneath my thin ango­ra sweater. I blundered forward, as much to move my breasts out of his line of vision as to get away from him, but he matched my move with one of his own. Kendo train­ing. The next thing I knew, his arms were around me.

It was too late to pretend disinterest. I parted my lips, receiving his kiss with some curiosity. I’d had Japanese boyfriends before, but none of them had ever tried to get close to me with­out insisting that we take a shower first. I had noth­ing against cleanliness, but it felt much sexier to be messed up from the rain, kissing someone who tast­ed faintly like tea.

B. Suddenly, I felt arms around me: banyan branches, big and strong.

“I left because I was confused—but I won’t do it again.” His voice came softly in my ear. “I wasn’t sure how you felt. I will never leave you again.”

I could have pulled away as I’d done twice before. If I had said, Sir, let me go, he would have stepped back. But his fingers were stroking my tangled hair, sending shocks into my head and down my spine. I could inhale his essence, a mix with tobacco and gin—except that there was no alcohol on his breath this time. He was under the influence of nothing but his own emotion.

At Rose Villa, I always turned my head as such moments approached. But that was not what I did tonight. Tonight, as his mouth closed over mine, I kissed him back, opening my mouth so he could taste the neem and cardamom mixed with my longing. And with gentle fingers, I reached out to touch the warmth of his skin.

C. There was a change in the atmosphere, similar to the way the air pressure alters right before a storm. I opened my eyes and discovered that he was leaning over me.

He took my hand, which was still ineffectively working at the navel ring, and touched it to his face for a minute. Then he stretched it out against the bed, pinning me under him as he lowered his head and kissed me.

He was kissing me: slowly, deliberately, perfectly. Once or twice, I had thought about what it would be like to kiss him, maybe come up to him from behind, graze his neck, and shock him away from the center-column article of the Journal. This was not what I’d expected: it was better. His breath was heaven, a mix of mint and sugar: all that sugar he was always consuming. His tongue curled around mine, and I lost it. I forgot all about being under surveillance and used my thighs to slam his body down on top of mine. As I shuddered at the delicious impact of this—and what would happen next—abruptly, he lifted himself away.

D. “If you are going to leave, do it now.” He’d taken away the towel and was stroking his fingers through my hair. “And I don’t want any changed minds or midnight visits where I have to tuck you in and lie awake the rest of the night slowly going mad—”

“That’s how you felt last night?” I twisted around and saw something desperate in his eyes.

“Yes. You were so sick and fragile, and all I wanted to do was this.” As his mouth drifted over mine, he pushed me backward on the soft mattress.

It’s what I want. That thought flashed through me as I kissed him back, my hands gripping his shoulders.

Not replying, I offered him my neck. Yes, he remembered that spot that had sent me reeling across the taxi seat. He knew that, and more. Soon I was tugging at his starched cotton shirt and then, his belt. I couldn’t let go.

A. The Flower Master

B. The Sleeping Dictionary